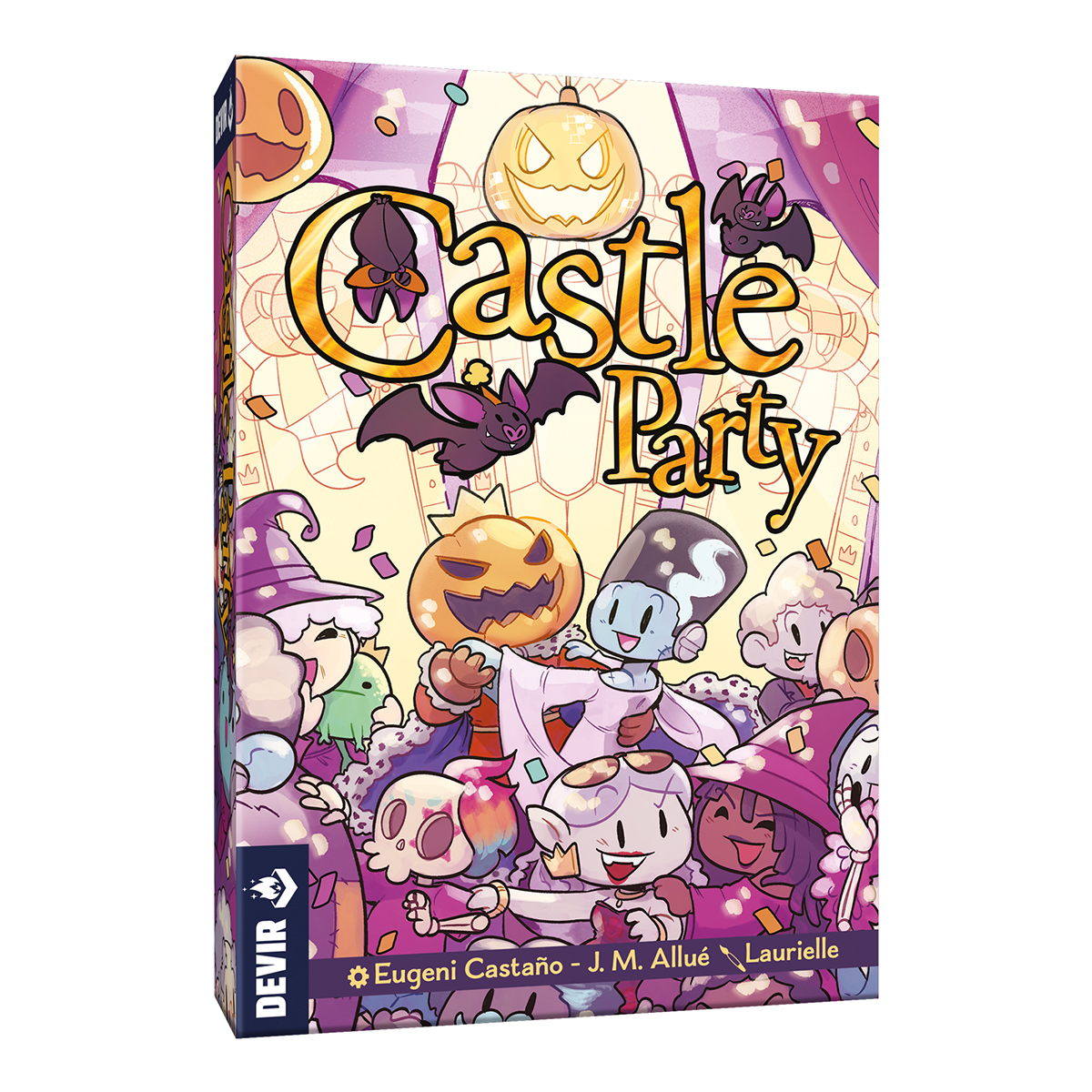 Every year the Pumpkin King invites us to his castle to celebrate the autumn party in his honor. Castle Party is the craziest party, undoubtedly the unmissable date for any monster who paints something in the world of nightmares. You don't want to miss it for anything!

The guests are arriving at the Pumpkin King's castle, and as usual, the groups are forming. The more sophisticated vampires like to alternate with their own, wandering around in their cool capes. Dr. Frankenstein's monsters, shy as they are, prefer to keep each other company. Ghosts look arrogantly at everyone else, so they're totally on their own. And the skeletons are so out and out that they only come to make a mess, so it is usual that the assistants do everything possible to avoid being near them.

Josep María Allué (El Monstruo de Colores, Dragones y Gallinas, El cuco kiko estrena nido) and Eugeni Castaño (Cargolino Valentino, Pirate map) are two of the most consolidated authors of the national scene, with a lot of games behind them each. Undoubtedly, their careers speak for themselves. As for the aesthetics of the game we have the super charismatic chibi talent of Laurielle (El Vosque), who has managed to convey the freshness and fun that a title like Castle Party deserves.

This is a "flip and write" game. That is to say, we will draw cards and write things on a board. The active player will reveal a card with a polynomial shape and everyone will place a monster card on the table following the proposed shape. Finally, and depending on the side of the table from which they are viewing the shape card, players will draw the monsters on their personal boards trying to group them by families in order to get the best score.

Castle Party has three scoring phases in which the players will obtain points according to the arrangement of their guests. They can get points if they have enough people by the windows to see the fireworks, or placed in the best way to dance the conga. Plus everyone has a soft spot for unicorns, which are the Pumpkin King's favorite mascots, so they'll try to get them to dance with their favorite buddies.

And all before the chime of the old cuckoo clock rings for the third and terrifying time. At that point everyone must leave the party and say goodbye until next year. But whoever has organized the coolest and coolest monster party at Castle Party will earn a special place in the heart of the Pumpkin King and win the game.