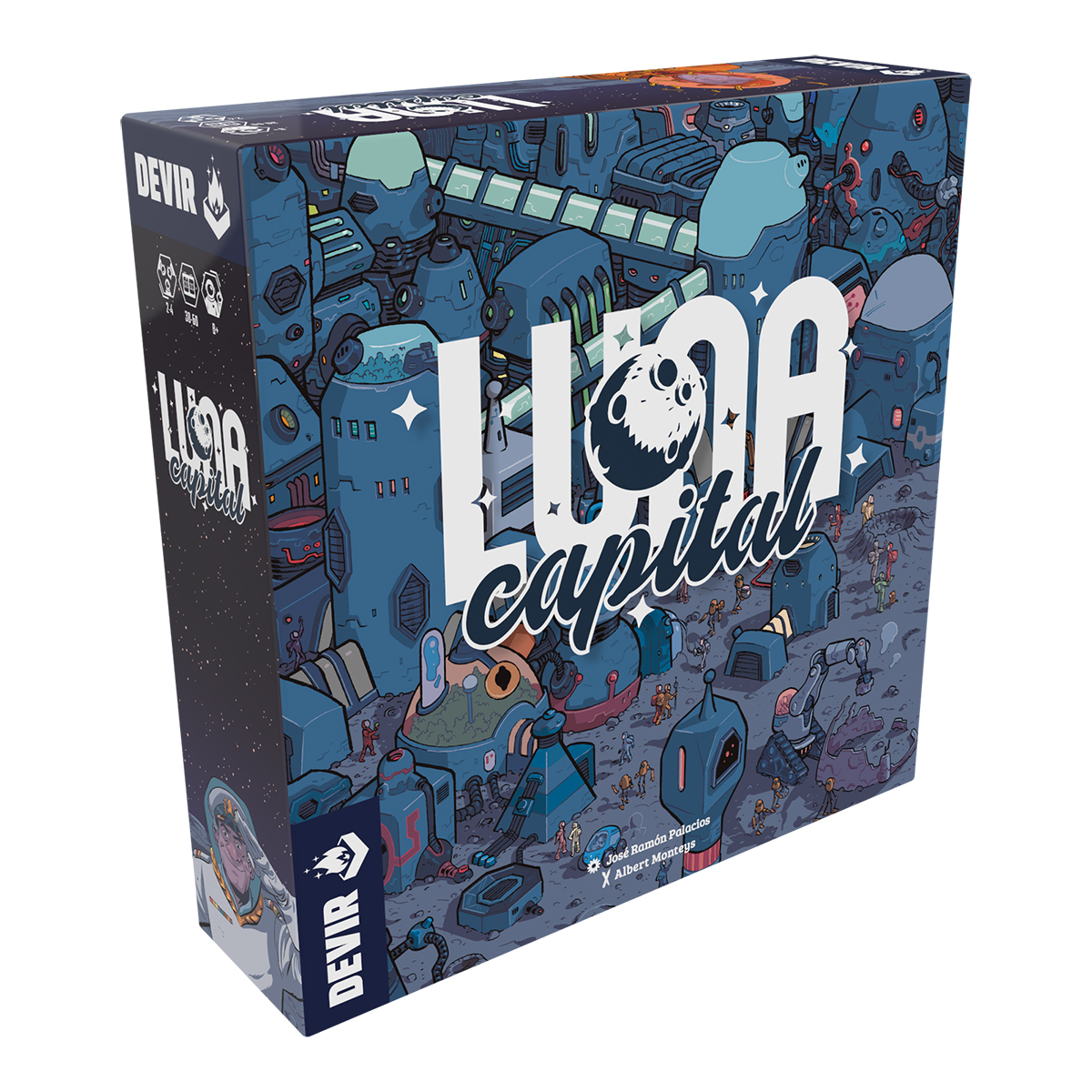 Welcome to the moon! It's the late 70's of the 20th century, and life off Earth is no longer the stuff of science fiction. Help your sponsoring company and design the best settlement for your Selenite city to achieve the distinction of LUNA Capital.

The dream of sustaining human life on the moon is now a reality. The project to build cities on the Earth's satellite is moving at full speed, because the possibilities are enormous, and 1977 is the year in which all this is going to become a reality. The most enterprising companies have thrown themselves into sponsoring teams of scientists, builders, advertisers and nightlife professionals to build them the best customer base in the galaxy. In addition, the newly formed Lunar Sanctioning Body will award satellite capital status to the best of the projects submitted, so the reward is doubly juicy!

LUNA Capital is a game by José Ramón Palacios (La Viña), an already consolidated author who with his second title proposes a very interesting experience both for experienced players and for those who are just starting out in the world of modern board games. In the artistic section we count once again with the work and the good work of Albert Monteys (Castellers, Dungeon Raiders). Monteys, apart from being a seasoned gamer, is an internationally renowned comic book artist. All those who enjoy his work in this game should not miss his comic Universe (Astiberri), with which they will find inevitable points of contact.

In LUNA Capital, players will have to optimize the elements proposed by the game to build the best possible lunar settlement, and make it worthy of becoming the capital of the entire colony. They will have a series of building plan cards in a common "market", and each of them will be linked to a number of project tiles. Players will take one of the cards and the accompanying tiles on their turn, and arrange them in their personal playing area. The cards must be arranged in a maximum of three rows, and must always be placed respecting their ascending numerical value. Once the card has been placed, the tiles will be placed in the spaces provided on the cards, trying to group the projects as efficiently as possible.

The tiles show the available projects, indispensable to build a city in conditions. Such as oxygen collectors, greenhouses, residential complexes and (very important) sales offices to sell the apartments with the best views in the galaxy. Each of these categories will score according to their arrangement in each player's personal area, and whoever manages to get the most out of them will win the mayor's office of LUNA Capital.