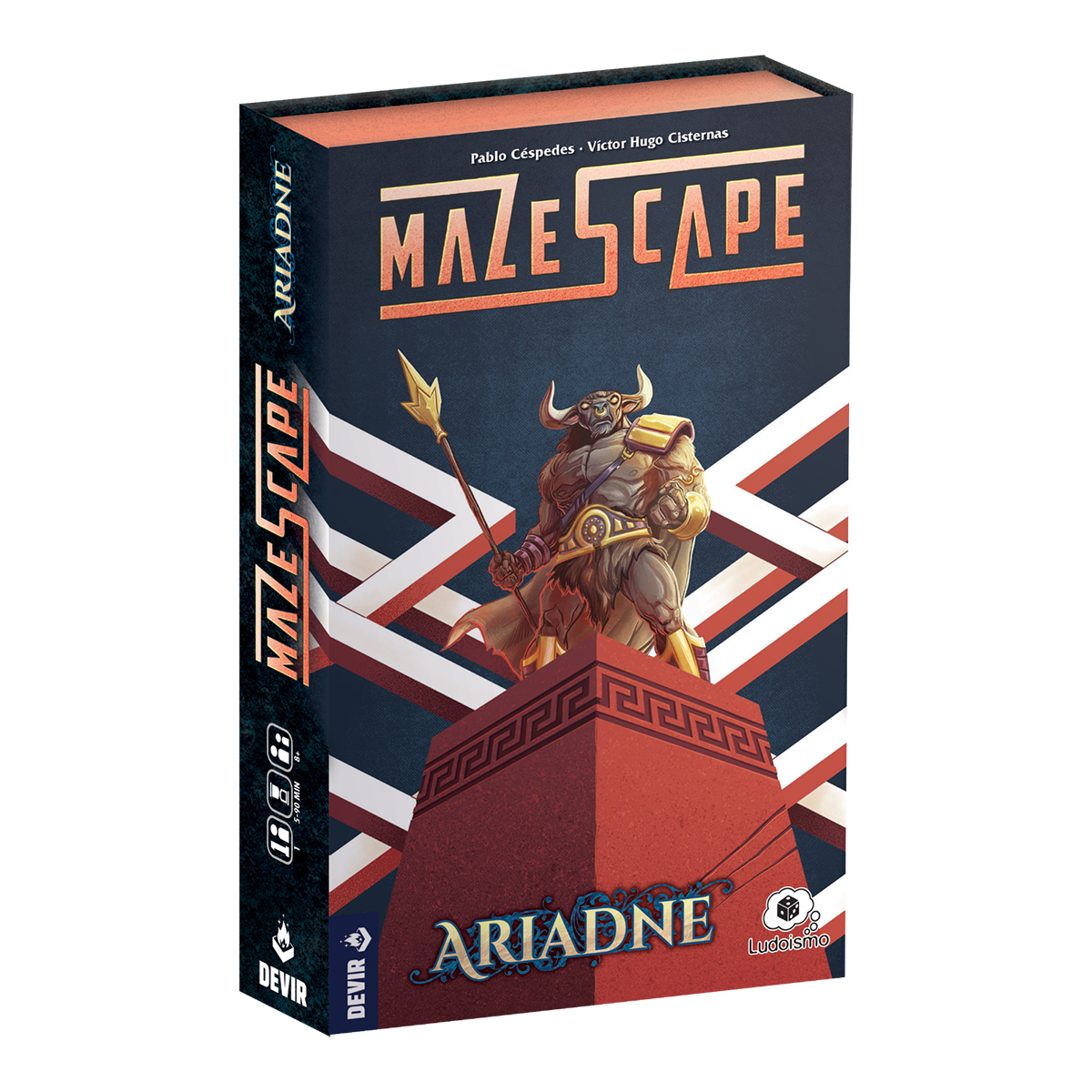 Mazescape is a fascinating and witty single-player maze game that guarantees great moments of racking your brains in search of the exit. A proposal that you can take anywhere, playing it over and over again in order to discover all the corners of the seven maps included.

You suddenly appear in an unknown place, and all you can see is a demonic labyrinth of paths that crisscross each other. It seems that finding the exit will become a challenge that you will only be able to face with your wit, your patience and your observation skills.

Mazescape is a Chilean game designed by Pablo Céspedes and Víctor Hugo Cisternas. From their game design studio Ludoismo they have launched titles such as "Los Tesoros del Rey Pirata", whose second edition is supported by Devir for the Chilean market. The art of Mazescape uses the talent of several artists, such as Ivana Gahona, Joan Guardiet or Àlex Santaló.

It is a totally unique concept that promises to surprise and generate headaches in equal parts. In this original game from Devir, you will have to deploy a map on the table, in which you will find an initial starting point in the form of a compass rose. Moving the pointer that you will find in the box by the paths marked in white of the maze, and keeping it in contact with the table at all times, you must open and close the leaves of the map in search of the impossible Triangle that will allow you to leave the maze. Go under bridges, climb stairs, and keep turning your brain and the map over until you find the exit that will take you... to the next map!

Each Mazescape box contains seven different challenges to face. They increase in difficulty, starting with a relatively easy challenge, which gradually turns into an elegant gibberish only for the sharpest minds. But do not suffer, if at some point you get stuck in the maze, you can always resort to the solution that accompanies each map. The game squeezes, but does not suffocate.

In addition, depending on the box, the maps will include a whole series of secondary objectives that will keep us focused on this puzzle over and over again, thus offering a high dose of replayability. You will have to search for all the treasures hidden in the seven maps in each box - no one said that escaping the maze was an easy task!

In Mazescape Ariadne places us in the ancient Crete of legend, you will have to enter the famous labyrinth of Daedalus. You will only be able to count on your cunning to overcome all the tests that this map box will propose you, to face the final challenge of the minotaur and help Ariadne to escape. And when you have left the first time, dare to enter again in search of all the hidden treasures that lie in this devilish labyrinth.