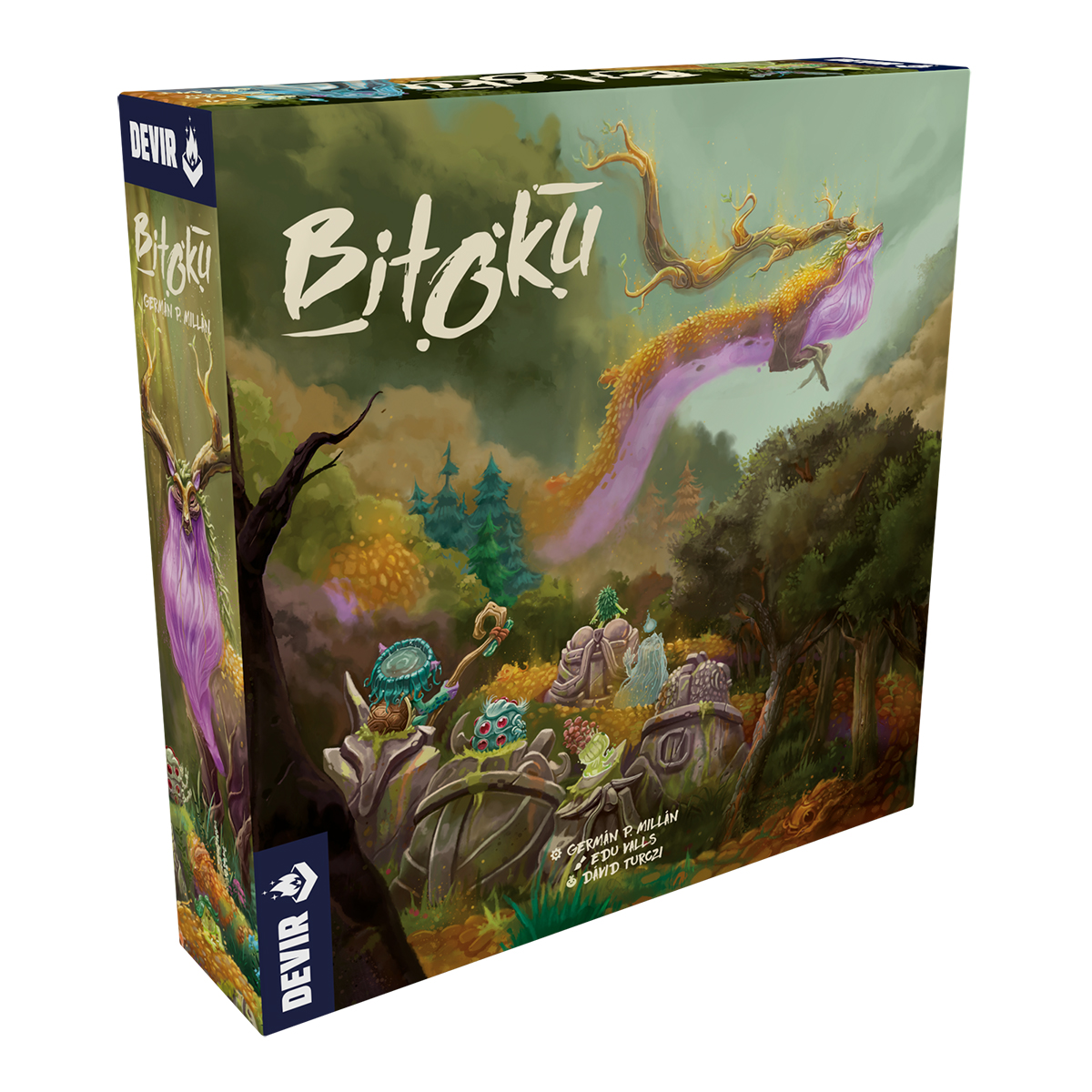 In Bitoku, players will take the role of spirits that inhabit an ancestral forest guarded by the great spirit. Their goal will be for their spirits to rise in order to become worthy heirs of the great spirit of the forest. Bitoku is a Eurogame of medium-high complexity.

The great spirit of the forest has been ruling with wisdom and justice the lives of all those who live there. Its passage through the world has left its mark, and the echo of its actions will resound for centuries throughout the confines and corners of the forest. But their time is coming to an end. The Bitoku spirits of the forest will choose which of them will be the one to replace him.

Germán Millán (Kingdom Defenders, Sabika) is the author of this hard Eurogame game. It is a demanding game of "dadojador" placement, hand management and game engine construction. It will undoubtedly delight all those fans who like to be able to discover many ways to face the proposal of a board game with substance. The perfect symbiosis between theme and mechanics is supported by the exceptional work of Edu Valls (Block and Key, Blockbuilders). The game is accompanied by a certainly evocative illustration work, in which it will be very easy for us to immerse ourselves in the fantastic world of oriental inspiration. Finally, to complete the creative team of this title, we have the participation of the king of solo modes in the world of board games: Dávid Turczi (Teotihuacan, Anachrony).

In this game players will take the role of Bitoku spirits of the forest on their way to transcendence, with the goal of rising and becoming the next great spirit of the forest. To do so, they will have the help of the yōkai, the kodamas and the various pilgrims who will accompany them along the way.

Players must manage their hand of cards, calling the yōkai at the right time and place to get the most out of the abilities they offer. Likewise, during the game they will be able to win more yōkai cards to add to their deck, in order to improve their options and achieve a higher score. In addition, each player will have three yōkai guardians (in the form of dice) that can be sent to the large regions of the forest on the main board to obtain all kinds of new options to put into use during the game. These options can take the form of buildings that can be erected in certain areas of the forest, soul crystals that generate resources for us when we perform certain actions or many others. Players will also have the opportunity to help the mithamas, souls in pain in search of redemption, thanks to the chinkon dragonflies.

As you can see, the variety of actions is really wide. And that's without taking into account the personal domain, where players will be able to deploy an additional level of strategy when managing pilgrims. Pilgrims are followers of the players who will set out on paths of contemplation and reflection, and who will share with the Bitoku their experiences and learnings on the path of the spirit.

Bitoku is a game that by its presence and level of depth will delight the most experienced players. We invite you to learn more about the game in this video in which we talk to the creative team of the project about how this phenomenal title has been carried out.